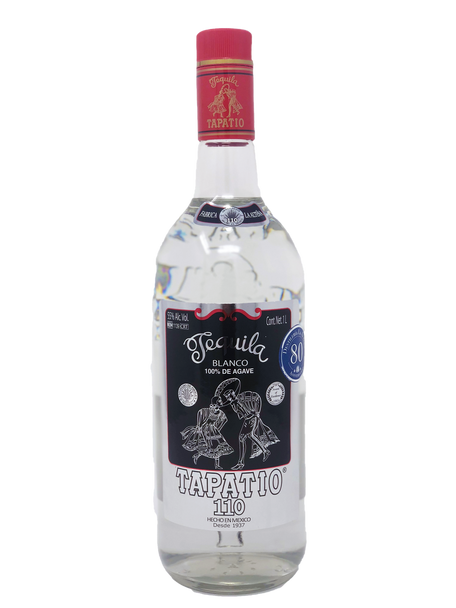 1 LITER and 110 proof , nick name B110 , the amazing for mixing . In 1937 Don Felipe opened La Altena distillery in the mountainous region of Jalisco, Mexico, known for producing the best blue agave. His passion for doing things just right inspired his family to continue handcrafting Tapatio so it could be enjoyed by future generations. Don Felipe passed the business to his son, Felipe J. Camarena Orozco, who in turn passed it on to his daughters, Lilianna and Gabriela, and to his son, Carlos, who today, as Master Distiller, maintains the standards of excellence set down by his grandfather, Don Felipe. Carlos and Marko have been scheming to create this smooth 110 proof (nicknamed “B110”) for a couple of years and are excited to see the amazing cocktails that come from it.

MSRP:
Now: $59.99
Was: $67.98
Terralta Blanco Tequila 110 Proof Handpicked mature agave plants with the correct amount of brix’s levels that are shaved by jimadors that even take out the stem from the male...

MSRP:
Now: $73.99
Was:
One of the best Anejo in the market.Here is where our blue agaves grow for seven to eight years, caressed with the warmth of the Mexican sun, nourished by the summer rains, and protected from the...