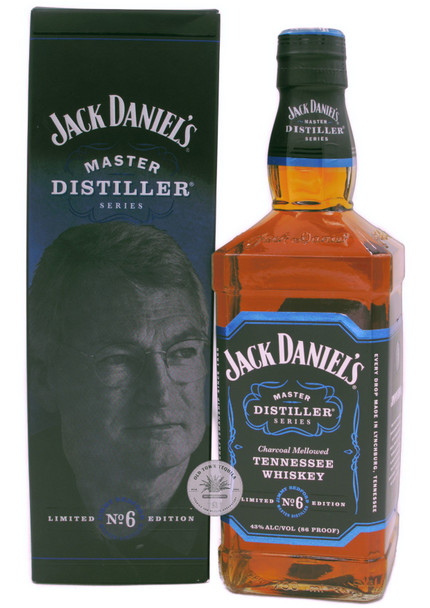 This 6th bottle in the Master Distiller Series was released by the Distillery in September of 2017. Commemorating Jimmy Bedford, who served as Master Distiller from 1988 to 2008, this bottle’s initial release was 1 liter in size followed by a 750ml bottle one year later.

Making its debut in September of 2012, this current series of bottles celebrates the 7 Master Distillers throughout the history of the Jack Daniel Distillery. Available in 2 sizes (750ml & 1L), each bottle is filled with 86 proof whiskey. They are also each individually numbered and sold in a collectible box. For display purposes, when 2 boxes are put side-by-side they complete an image of the Master Distiller being commemorated.

Additional information about this bottle provided in Volume II of the Jack Daniel’s Bottle Collector’s Guide.

Patron Sherry Cask Anejo with My Father Cigar "The Judge"

MSRP:
Now: $99.99
Was:
Patron Sherry Cask Anejo with My Father Cigar "The Judge" A must have , the set include : One bottle 750ml patron Sherry cask One Cigar My Father brand "the judge" Ecuador Sumatra , made in...

MSRP:
Now: $24.99
Was:
Timberline Vodka  750nl Distilled from a unique blend of grain, Pacific Northwest apples, and glacier-fed spring water from Mt. Hood, this vodka has been realized perfectly with the expertise...