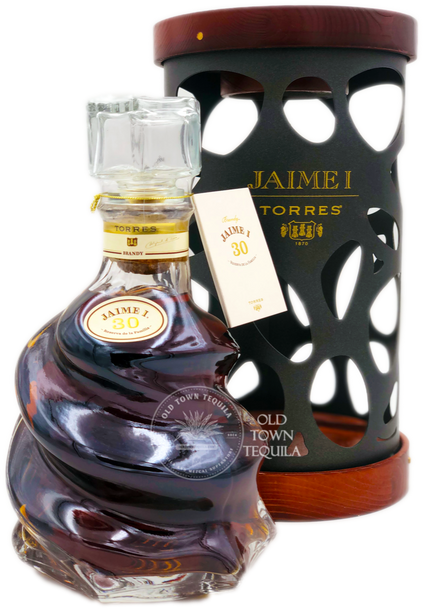 In the 18th century, the Torres family bought their first vineyard in the Penedès region. A century later, in 1870, the House of Torres, producer and exporter of wines was founded by Jaime Torres Vendrell. It was at this time that great works. The Casa Milá, known as "La Pedrera", currently owned by Fundació Catalunya, is the most representative building of that intensively creative period of modernism in Barcelona. In homage to the figure of Gaudí and of the innovative spirit of those men whose philosophy of a "job well done" was passed from father to son, the House of Torres created this old noblesse brandy which carries the founder’s name.

MSRP:
Now: $64.99
Was:
Asimina Pumila Pechuga Style Apple Brandy 750ml distiller notes: Only once a year do we distill our rare expression of Pechuga Apple Brandy. It’s a reverent nod to Mexican Pechugas and a love...

The Christian Brothers Brandy VS 750ml

MSRP:
Now: $39.99
Was:
Seven Tails XO Brandy 750ml The inception of Seven Tails XO is unique. Cognac, Armagnac, and the finest French brandies from 3 to 30 years old are aged in oak barrels to achieve a rich depth of...

MSRP:
Now: $159.99
Was:
Asbach Selection Aged 21 Years Brandy 750ml distiller notes: Only the distillates of such top vintages were selected, after a maturity of at least 21 years, to be combined into a cuvée, which...

MSRP:
Now: $89.99
Was:
Asbach Spezial-Brand Aged 15 Years Brandy 750ml Particularly carefully selected distillates from best vineyards and at least 15 years of storage in limousine oak barrels are the basis for the Asbach...

MSRP:
Now: $54.99
Was:
In a very unusual Peruvian practice where Pisco is king, Vinas de Oro decided to put some of the Quebranta distillate into oak casks for aging. After 5 years a sublime, rich and viscous brandy...

MSRP:
Now: $61.99
Was:
Chateau Arton La Reserve Armagnac 750ml Distiller notes: Each year the first of November marks the start of the distillation process of the grapes harvested on the ‘Pasteur’ plot that...