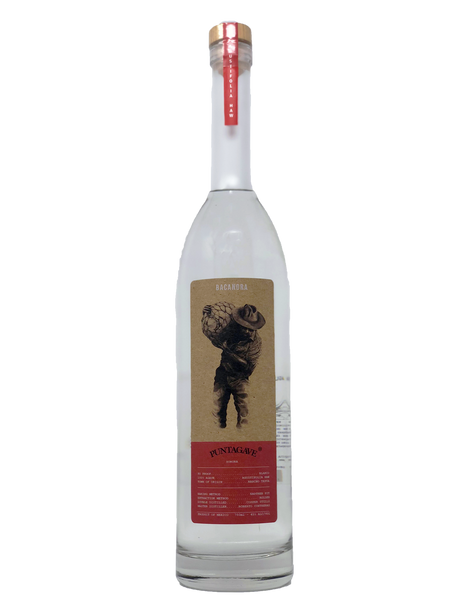 Bacanora is a regional drink in the state of Sonora, Mexico. It is produced from agave Pacifica, also called Agave Yaquiana, a plant that grows in the mountain range of the State. Bacanora has been produced for over 300 years, and the secrets of its elaboration have been taught through many generations. It was in the town of Bacanora, where the production of this traditional drink began.

On November 6, 2000 the Official Gazette of Mexico published the "General Declaration of Protection to the Name BACANORA". The former declaration appoints Sonora as the only state in which the production of Bacanora is acknowledged.

The traditional methods for manufacturing and distilling Bacanora are still followed after many hundreds of years. When the Agave plant is 6-7 years old, they are hand selected and the harvesters proceed to cut the plant right from the trunk with a small ax called "jaibica". All leaves are removed from the Agave core.

The cores are then roasted / cooked in underground pits. The interior walls of these pits are cased with volcanic rock and heated with mesquite charcoal. This process takes approximately 2 days. On the third day the roasted Agave cores are removed to mash and chop into Agave pulp.

The agave pulp is then placed inside pits cased with cement, thoroughly cleaned, adding fresh water and covering them perfectly to avoid air contact. The fermentation process begins, lasting 6 to 12 days, dependant on the surrounding temperature.

The fermentation product "saite" is placed on the stainless still. This still is heated with direct fire using mesquite charcoal. Inside the still is a water-cooled copper coil. Soft water is added to the fermented "saite", which is placed inside the still, thus the process of distillation begins as soon as the fire starts. The vapor is conducted through an inverted funnel that seals the higher part of the still, and at the same time takes the vapor to the copper still submerged in a stream of fresh water. Vapor condenses and becomes Bacanora after double distillation, which gives Bacanora a higher quality.

MSRP:
Now: $55.99
Was:
Puntagave Rustico Sotol 750ml 43% ALC Chihuahua, Mexico Sotol is an extraordinarily pure spirit with its own denomination of origin, highly valued for over 800 years for its rich flavors. It is an...

MSRP:
Now: $48.99
Was:
From Sonora Mexico Illegal from 1915 to 1992 in Mexico and the USA, Bacanora has a wonderful back-story: the undiscovered 3rd sister of the trinity: mezcal, tequila and bacanora. Cielo Rojo is the...

MSRP:
Now: $74.99
Was:
This bacanora was handcrafted in small batches with 100% Yaquiana agave or more commonly Known as Espadin. This agave spirit takes its name from a small town located in the sierra.

MSRP:
Now: $47.99
Was:
Bacanora 314 Huellas Silver has a clear and clean colour. The definite aroma of cooked agave and the slight smoke tinge make you feel you are drinking at the distillery. The intense sugar and spicy...